WITH THE RIGHT COACH IT BECOMES SO MUCH EASIER!

For Most People, Fitness is Just An Occasional Concern. For Newton Though, it's No Exaggeration To Say, Fitness is His Life!

In 1994, after working as a Microbiologist, he continued his studies in London and graduated with a Degree in Exercise Physiology, Biological Science and Nutrition.

He went on to be a personal trainer for exceptionally busy clients, business professionals, TV celebrities and actors in London to help them get the most out of the limited time they had for exercise in their packed schedules.

In 2000, after 6 years of personal training in London he opened Worthing's first women's only gym and began coaching small, dedicated groups to achieve results they never knew possible.

All the while, alongside his professional personal coaching career, Newton continued his life long love of training, teaching and competing in martial arts, something he had started when he was just eight years old.

In 2005, he opened Worthing's first full time martial arts academy: Blackbelt Leaders which he's been running ever since.

Then in 2013, Newton became TFW Certified and decided to ambassador TFW here in the UK so began to make plans for TFW Worthing.

In 2015, he and his wife Gemma opened the doors to The DOJO - TFW Worthing and began to openly share the TFW System to people in Worthing and surrounding areas.

" At TFW, we combine the attention of personal coaching with the vibrant atmosphere of our group team training. 'What this means for you is... the results of a personal coach at a fraction of the cost, backed up by reliable, scientifically proven methods in a contagiously enthusiastic environment'.

As your coach, I’ll do anything and everything required to help you 'Bring Out The Warrior Within' and overcome the struggles and obstacles that are keeping you from having your life EXACTLY how you want it to be! " 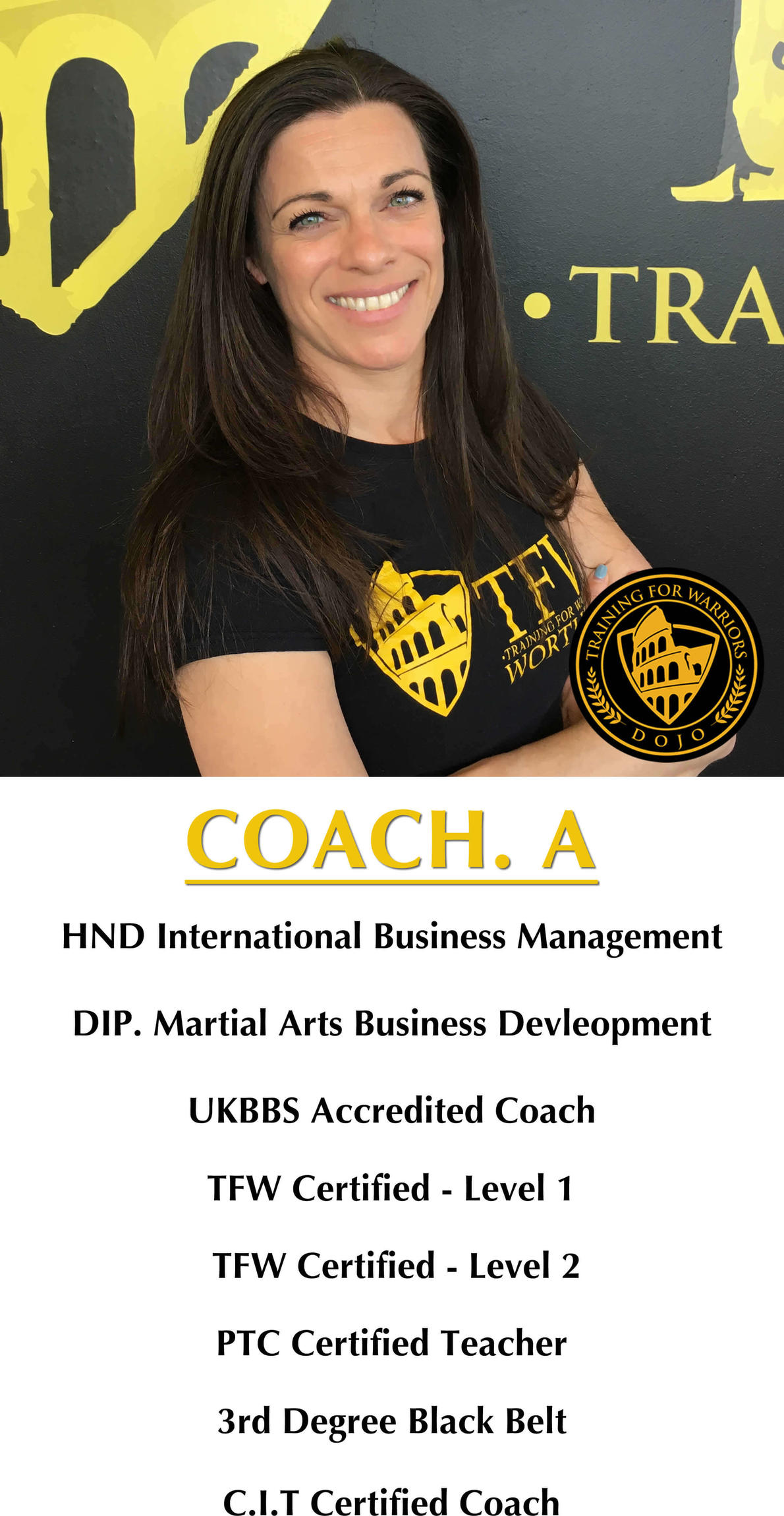 Ever since studying Human Biology at Chichester College Gemma became intrigued with the human body and how it's intricate systems work.

In 1998, after graduating and achieving her HND in International Business Management Gemma's career took her into the field of Pharmaceutical and Medical Device Business Intelligence.

As a Senior International Account Manager she worked directly with Doctor's and senior analysts in the NHS and companies such as Pfizer, Schering AG, Siemens Medical and JP Morgan for their healthcare sector.

In 2000, whilst training with a Personal Trainer, a Tri-Athlete and a Marathon Runner her interest in human sporting performance was further sparked as she began to implement what she was learning into her own training.

In 2005, after training for 6 years Gemma was ready for a new kind of challenge a took up Kickboxing at Blackbelt Leaders Martial Arts Academy in Worthing.

In 2006, she decided on a change of career so joined the Certified Instructor Training Programme and Blackbelt Leaders Team.

In 2007, she graded in front of a panel of four Master Instructors to achieve her 1st Degree Black Belt and also became a Certified Martial Arts Instructor.

In 2008, Gemma earned her Professional Teaching Certificate from the College of Westminster, was awarded her Diploma in Martial Arts Business Development, and also became the Academy Manager at Blackbelt Leaders.

In 2010, she tested for and passed her 2nd Degree Black Belt in KickBoxing.

In 2013, Gemma began training in the TFW System and became TFW Certified in 2014.

In 2015, along with Newton she opened the doors to The DOJO - TFW Worthing and began to openly share the TFW System to people in Worthing and surrounding areas.

" We are not about the latest fads and trends but tried and tested methods founded on the latest industry thinking where our students always remain at the heart. Everyone that steps foot through our door is different and knowing this is the reason why we get such good results.

We do not judge or critique, but work with each person to find the solution that is unique and right for them. "

Get Started Today
Scroll To Top